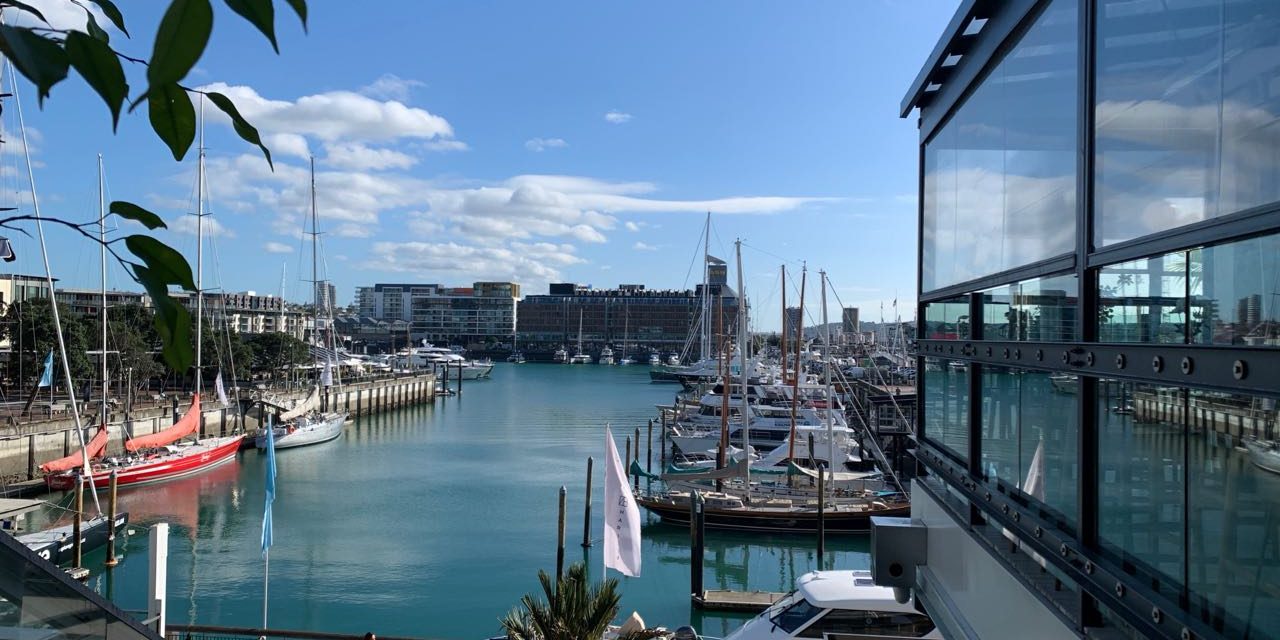 With all these new hotels in the works where are the best hotels to stay in during the America’s Cup?

1. The Hilton Hotel on Aucklands Wharf will allow you to watch the boats come and go from the America’s cup base out to the race course and back again from your balcony.
2. Park Hyatt is now open, it’s easily Auckland’s most luxurious hotel. And the location is right in the Viaduct, which is where you’ll want to be. Auckland’s waterfront will be going off and Park Hyatt will be at the centre of the action. The closest hotel to the Team New Zealand base.
3. Sofitel Viaduct Harbour. This 5 star hotel on Auckland’s waterfront will be perfect during the America’s Cup. Close enough you’ll feel apart of the action but in the quietest spot in the Viaduct allowing you to retreat when the crowds get too much.
4. The Sebel Viaduct Harbour. This is a 4 star hotel in the Viaduct Harbour. It’ll put you right in the middle of the action.
5. M Social. 4 Star Hotel 50 metres from the Viaduct and Princess Wharf. Many rooms have sea views, you’ll be able to see the boats come and go out your window.
6. QT Hotel Viaduct Harbour. Provided it’s finished in time. This hotel is to be a hotel conversion of an existing building. It’s at the quieter end of the Viaduct and should offer a high standard as QT’s other Australasian hotels are excellent.
7. SO/ Auckland. This Britomart Hotel with excellent Sea Views will get you close to the action in the Viaduct and you’ll be able to see the boats coming and going. If your room doesn’t have a view try the rooftop bar.
8. The Grand Mercure. A newly renovated 5 star hotel with sea views a short walk from the Viaduct Harbour with a bar and restaurant on the top floors offering excellent views of the harbour.
9.The Sebel Quay West. Apartment style hotel great for families with rooms overlooking the harbour. A close walk to the Viaduct.
10. The Hotel Britomart. Under construction at the moment but due to open in 2020. This will be Auckland’s greenest hotel which is nice, but more importantly it’s really close to the waterfront and an easy walk to the Viaduct. This will be a great place to stay and you’ll save the environment.
11. Spencer on Byron Hotel in Takapuna. This is the tallest building in Takapuna and the rooms on the upper floors have magnificent views. Book early and ask for a room on a high floor facing Takapuna Beach. You should be able to see the A and B courses from your balcony.

Let face it if you can’t get a room in one of these Hotels then any hotel in the Auckland CBD will do. Auckland is going to be the place to be in 2021. With Prada Cup racing taking place in January and February 2021 and the America’s Cup itself in March you can be sure the world’s 1% will depend on Auckland with there super yachts and private jets. It’s going to be quite a party. Make sure you book early before they snap up all the luxury accommodation in Auckland.

See our America’s Cup top 5 Hotels. Stay up to date with the latest America’s cup news.

The Best Steakhouses in Auckland
April 1, 2021