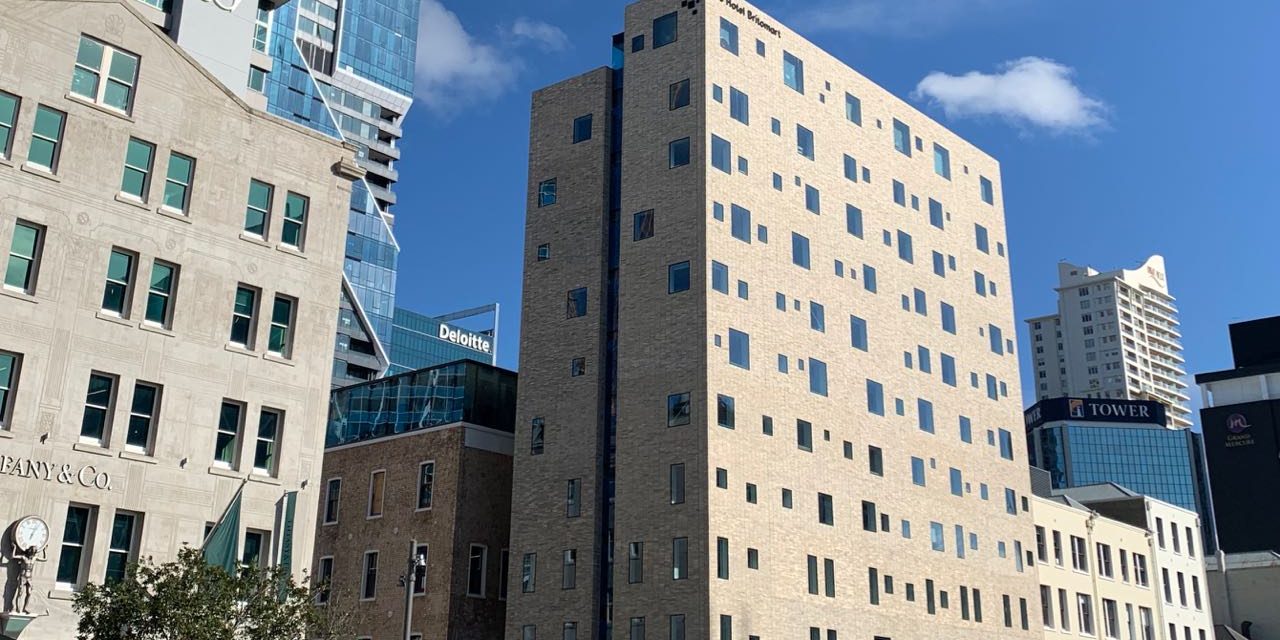 Where should I stay in Auckland?

That’s the question we get asked the most. I’ll attempt to answer it once and for all. It really depends on you. Your budget, who you’re travelling with, and what you want to do. Is it your first trip to Auckland? Or are you a regular visitor? Business or pleasure? We’ll break down the best locations for you to decide what’s right for you.

Where to stay in Auckland Central.

If you’re visiting Auckland as a tourist for the first time you’ll probably want to be in one of these areas, Britomart, Viaduct Harbour or the CBD.

Viaduct Harbour is where Aucklanders go to drink and dine. The former commercial wharfs were once home to Auckland’s fishing fleet but are now a mixture of restaurants, bars, hotels and apartments. It’s a lively spot with plenty to see and do. The moorings are now filled with tour boats and super yachts. The hotels and serviced apartments here tend to be at the top end of the market. There isn’t really any such thing as cheap Viaduct Harbour accommodation. But for those that can afford it, this is the place to be.

Britomart is a newly fashionable suburb at the bottom of Auckland’s Queen Street. Connecting the CBD to the Viaduct. It used to be a pretty rough part of town full of strip clubs and sailors bars servicing the port but in recent years it has been rather gentrified.

Britomart Station is Auckland’s main transport hub with all trains into the city ending up at Britomart. It’s also home to the main ferry terminal for those looking to explore the Hauraki Gulf. Britomart now contains several of Auckland’s top Hotels with more under construction. The area has a number of great restaurants, bars, and nightclubs. It’s fast become Auckland’s most exclusive shopping district with major luxury brands such as Tiffany’s jewellers Gucci and Prada as well as top NZ boutiques. Britomart’s Spark Arena is a popular concert and sports venue with a capacity of 12,000 people.

However be warned Britomart still has a seedy side with a few strip clubs and massage parlours giving the area just a hint of danger (at 3am on a Saturday night) and excitement.

While Britomart and the Viaduct Harbour are technically part of Auckland’s CBD; for the purpose of deciding where you want to stay we’ll treat them as separate areas.

The remaining CBD is still a fairly large area. The most desirable location is the area around the Sky Tower and Aotea Square.

SkyCity have turned the area around the Sky Tower into one of Auckland’s top entertainment districts. The Sky Tower, SkyCity Casino, SkyCity Hotel, The Grand Hotel, SkyCity Theatre and the Federal Street dining precinct have created a hub around which other hotels and restaurants have sprung up. With the New Zealand Convention Centre and the 5 Star Horizon Hotel soon to be added to the SkyCity complex things will only get better. Other good hotels nearby include Rydges and Heritage Auckland.

Aotea Square is smack bang in the middle of Auckland’s Queen Street. Aotea Centre, The Civic Theatre, and the Town Hall are all adjacent to the Square. This makes it a good central location, and all of Auckland CBD is in walking distance. Popular Hotels in this area include The Grand Millennium, Four Points by Sheraton, Airedale Boutique Suites and Crowne Plaza.

There are Hotels in South Auckland too, but it isn’t really the place to stay for tourists. If you’re visiting Auckland for the first time you’ll get the best experience in the CBD. There’s really not many hotels in West Auckland so if you are looking to stay there choice is pretty limited.

The Best Steakhouses in Auckland
April 1, 2021